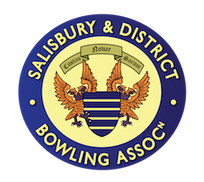 The place to look for S&D Bowling Association news

1st May: The 2021 "Finals Day" has been agreed to be held at Salisbury BC on Sunday 22nd May. Vince Kimber will advise all competitors.

10th November: The AGM was held at Salisbury BC, where the new Executive was elected for the next year, with John Hurle taking over as President and Charles Burrows elected as Vice President, all other officers agreed to remain in post. It was agreed that clubs should field teams of 12 players where possible; also agreed that the start time for all weekday league matches is to be 6:15pm. Finally, it was agreed that the John Ash competition would be transfered to Five Rivers Indoor Bowling CLub in Salisbury to run and organise.

23rd September: it is with sorrow we heard from Wilton BC of the passing of Past President (2016) Bryan McGowen - a highly respected man who will be missed by many.

6th September: The Hurricanes and Spitfires, both from Salisbury BC end the season with the same number of points. The Hurricanes win the league by virtue of better shot difference - they did as it happens also win more matches.

27th August: The Hurricanes have completed their season with a 10 point advantage over the Spitfires who have one match to play - all depends on winning on all rinks and getting a 54 point difference - a tall order!!!

15th August: Despite the green not being cut for a few days the Salisbury green bowled well, the weather stayed reasonable and the result was a win for Andover Lions, who had started well and managed to maintain the lead throughout, although it did get tight after the 16th end. Contgratulations to Andover Lions.

30th July:  We now have the finalists for the Herbie Turner competition with Andover having a convincing win over the Spitfires and Pewsey Reds narrowly defeating their club mates The Blues. The final is on Sunday 15th August at Salisbury BC with a 2:30pm start time.

31st March: Delegates "Zoom" meeting was held with all league clubs attending; at which the following was agreed: